Last Day in Colorado and Heading Towards Utah

Saturday was our last day at the Junction West RV park in Grand Junction, CO. Tom took the time to check all the tire pressures on the Stinger "B" and Jeep along with a few other last minute things in preparation for taking off in the morning. We then went to Mass at the Immaculate Heart of Mary Catholic Church. After that we picked up a few groceries and headed home.

Moving day. We were heading to an RV park in Green River, Utah and with only 97 miles to go we took our time leaving. Though we did pull out 30 minutes before check out. 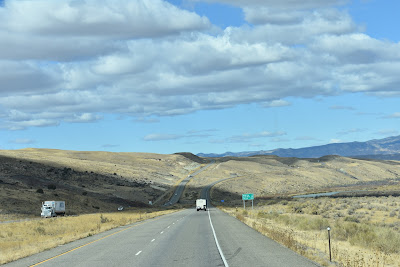 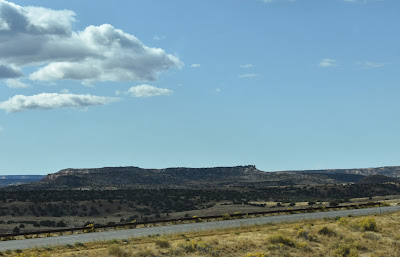 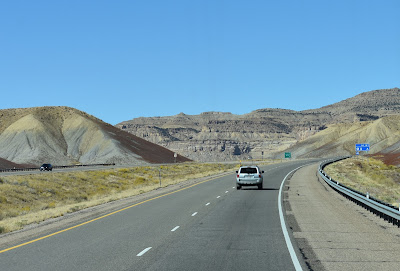 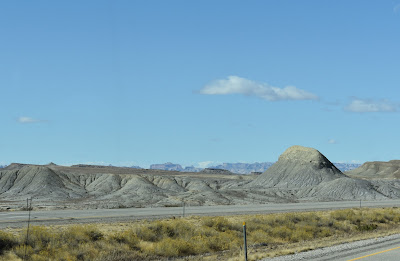 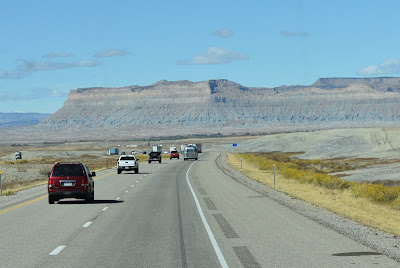 
The following picture and information actually goes with the Dinosaur National Monument post.

Patsy, Chillin' with Patsy, had mentioned a hike near the monument. Because of the name I was intrigued. I checked it out and found out it was a 3.2 mile loop and described as a moderate to difficult trail. It mentioned some steep sections on slickrock so I knew we were not going to be hiking it. Yet I still wanted to check it out. It was on the ride we took in the monument.


The rest of the story:  Tom and I met back in 1965, yes we were children...LOL, the first time he asked me to dance the song playing was Simon and Garfunkel's the Sound of Silence.

And the vision that was planted in my brain still remains within the sound of silence
In restless dreams I walked alone, narrow streets of cobblestone
A'neath the halo of a street lamp, I turned my collar to the cold and damp
When my eyes were stabbed by the flash of a neon light
That split the night and touched the sound of silence


And in the naked light I saw ten thousand people, maybe more
People talking without speaking, people hearing without listening
People writing songs that voices never shared, no one dared disturb the sound of silence


"Fools," said I, "you do not know, silence like a cancer grows
Hear my words that I might teach you, take my arms that I might reach you"
But my words like silent raindrops fell and echoed in the wells of silence

We are glad you stopped by.
If you have time to leave a comment we would enjoy hearing from you.

Email ThisBlogThis!Share to TwitterShare to FacebookShare to Pinterest
Labels: Green River, I-70