Sunrise, An Unexpected Surprise, and A Campfire

We were out the door by a little after 7 o'clock this morning on our way to Parker. Mass is at 8, then a visit to Walmart and  the Safeway across the way to pick up some needed groceries was on the agenda. 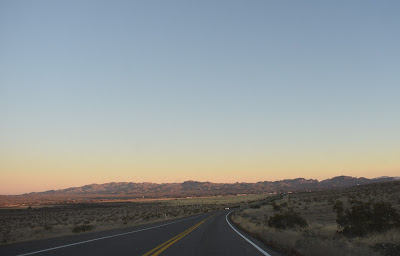 I had heard from Shirley the evening before and knew they would be here when we got back this morning. What a wonderful surprise that her and Ken made a last minute decision to join us all here for a few days.


Thank you, Bob for supplying the wood. It was a great way to end the day watching the flames dance in the night, in the warmth of the fire's glow, enjoying conversation with friends.

Martin Luther King Jr. was an American Christian minister and activist who became the most visible spokesperson and leader in the Civil Rights Movement from 1955 until his assassination in 1968. Born in Atlanta, Georgia, King is best known for advancing civil rights through nonviolence and civil disobedience, inspired by his Christian beliefs and the nonviolent activism of Mahatma Gandhi.
(information from the internet) 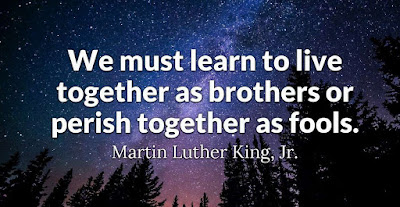 We are so glad you stopped by!
If you have time to leave a comment we would enjoy hearing from you.