A Ride to See the Dragoon Mountains

(Clicking on the pictures should open them larger in a new window.)

We left the Stinger "B" today to take a ride through the Dragoon Mountains. It was a beautiful ride under blue skies and did not disappoint for one minute. The issue would be the amount of pictures I took, well over 200. After going through them three times I did get the number down to just over 100 and made the decision to post them in two blogs. They are all pictures I just could not give up for our memory blog. So fair warning this blog and the next do contain a lot of pictures.

The Dragoon Mountains are a range of mountains located in Cochise County, Arizona. The range is about 25 mi (40 km) long, running on an axis extending south-south east through Willcox. The name originates from the 3rd U.S. Cavalry Dragoons who battled the Chiricahua, including Cochise, during the Apache Wars. The Dragoons established posts around 1856 after the Gadsden Purchase made it a U.S. territory. (Information from the Internet) 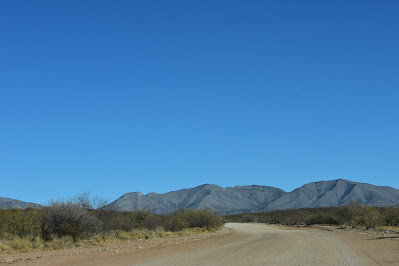 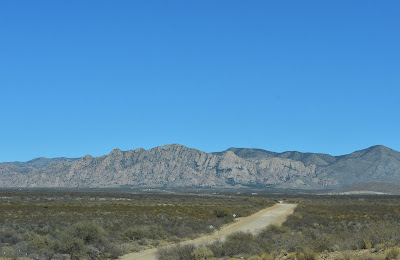 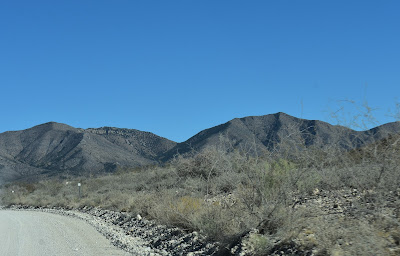 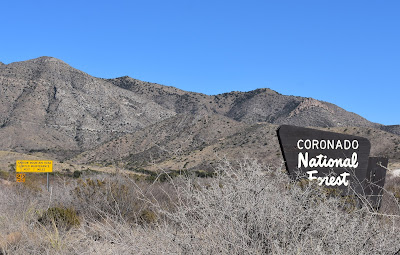 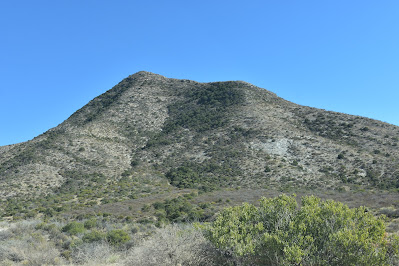 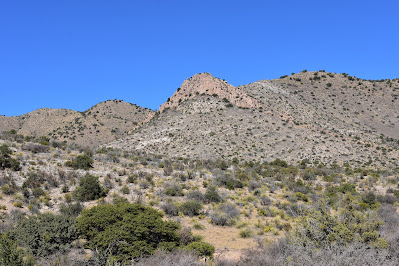 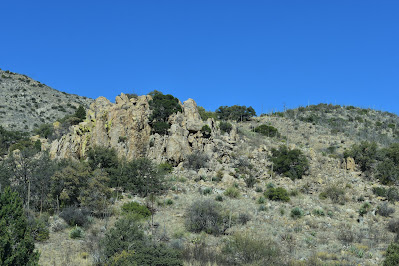 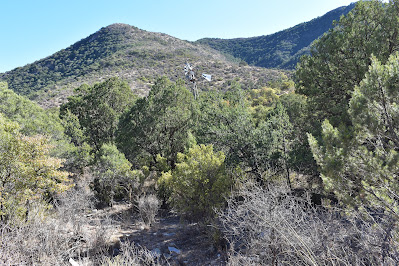 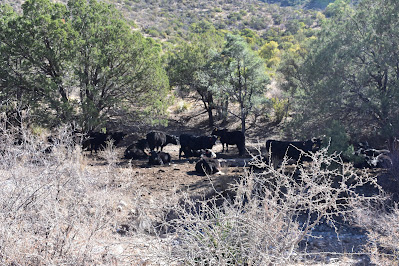 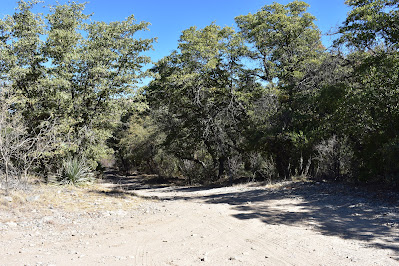 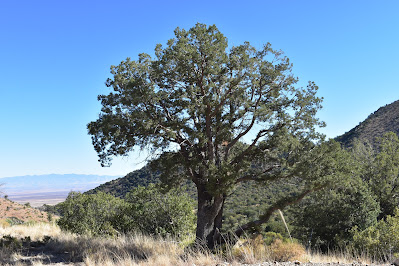 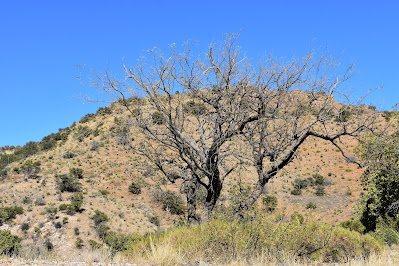 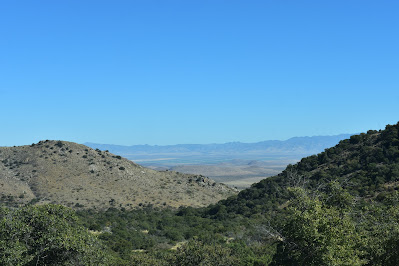 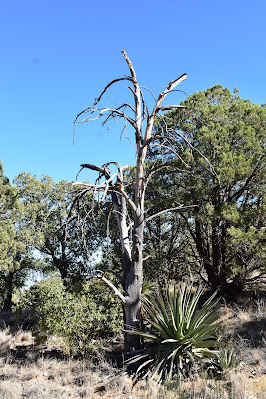 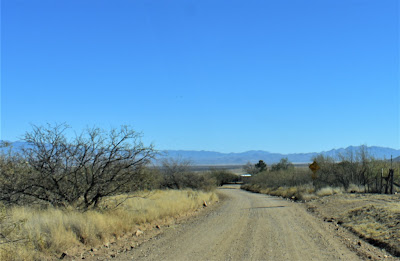 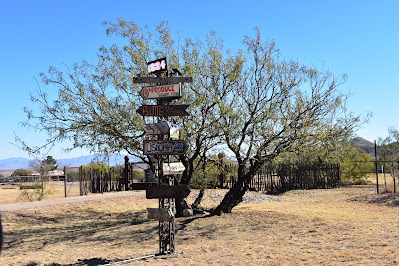 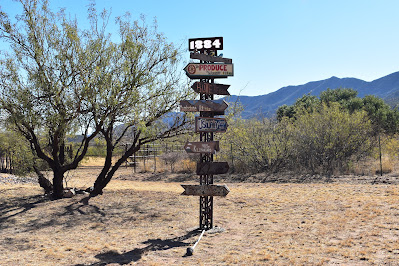 The Historic Pearce Township lies in the Sulphur Springs Valley in the geographic center of Cochise County in Arizona. When you stand at the point where Ghost Town Trail and Pearce Road converge, you can turn in any direction and experience the union of the past and the present and the merging of harsh high desert landscaping with the beauty of the surrounding mountains.
Pearce is located between the Cochise Stronghold, Chiricahua National Monument, and the winter Sandhill Crane refuge of Whitewater Draw making it popular for birders, history buffs, hikers, and climbers alike. At 4,400 feet of elevation, the area is also known for its milder summers which make it ideal for quality grapes and vineyards.
Pearce is a mining ghost town named for Cornishman James Pearce, miner and cattleman, who discovered gold nearby at what became the Commonwealth Mine in 1894. The Pearce Post Office was established on March 6, 1896. The railroad station opened in 1903. By 1919, Pearce had a population of 1,500. The town declined in the 1930s and became almost a ghost town in the late 1940s when the mine closed for the last time. (Information found on internet.)
Between the information I found on the internet about Pearce and the Ghost Town Trail a second trip to this area is definitely on the to do list. 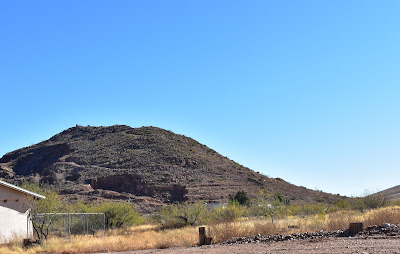 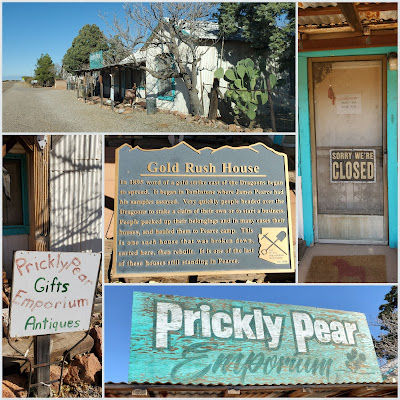 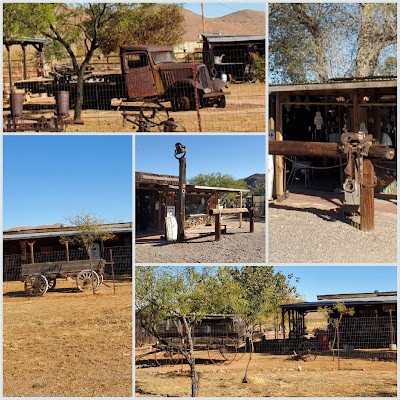 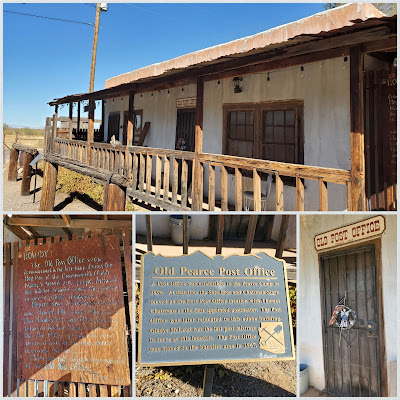 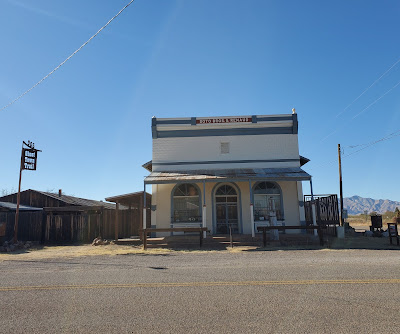 Located in Southeast Arizona .... the heart of the Chiricahua Apache homeland, the people that populated these towns were as diverse as the lands they lived in. The actual "Ghost Town Trail" consists of the towns of Pearce, Courtland and Gleeson. (Information from the Internet) It would be interesting to go back and drive this Trail. 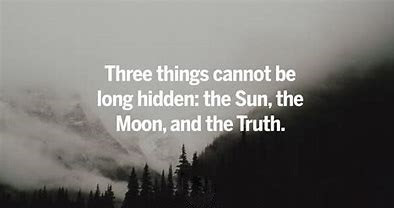 We are so glad you stopped by!
If you have time to leave a comment we would enjoy hearing from you.
Posted by Tom and Deb at 3:45 PM 18 comments: