Today started under clouds and ended with those clouds letting the rain come down. The only way to describe today was grey, dreary, and wet. It is like we bought these solar panels and the sun laughed and said, I am going on vacation..,lol

The Quartzsite Christmas Light Parade was scheduled for 7 this evening and when it stopped raining right around 6 Tom said, lets take a ride in and see. We could see Christmas lights looking towards the QIA and then when we turned on to the Main Street we saw cars ant trucks parked on either side of the street. So we found a spot and waited. Right around 7 we could see lights coming our way and people getting out of their vehicles to stand on the street so we did the same. The first three floats went by in a blur of lights then someone shouted, don't leave there are more. I would say the rest of the parade was about a distance of two blocks back. They were going a little slower but they all still went by at a good pace. There may have been the hope of beating the rain, I am not sure.  I only had my phone with me and it usually takes decent night pictures, not so this evening. I apologize for the blurry pictures but I wanted some for the blog and picked out the best ones.

In all seriousness it really was a shame the weather did not co-operate. You could tell that everyone who participated had put time into creating a "picture of Christmas" with their floats and vehicles. We are pretty sure they were trying to get all of the floats down the street and pass the judges before it really started to rain.  It was a fun 17 minutes even though we got a little damp. Just a side note: I have stood in the cold and snow many times watching the Christmas Parade in Escanaba. It was nice not to be freezing as we watched but if I had a choice I would prefer snow falling down on me it never feels as wet.


The following is just something cute I wanted to share. I decided to try this it is as the packaging reads, powdered heavy cream. (The only ingredient listed is sweet cream solids. There are no preservatives or fillers.)  I use heavy whipping cream in my coffee. For two reasons: one I do like cream in my coffee and two it is the lowest carb milk product available. I do my best to follow a diet low in carbs. So I had purchased this to have on hand if for some reason I run out of Heavy Whipping Cream and I thought it could also be something I could take to use in my coffee when we are out. What I wanted to share, though, is the packaging.

So that was pretty much our Saturday. Tom did go into town to purchase ice, it is our on going fun. I did some beading which I will share another time, after they are received. We ate dinner and then we went to the parade. It was a day in our lives and we would say it was a good day. 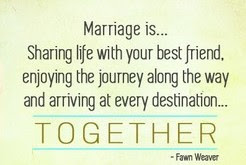 We are glad you stopped by!
If you have time to leave a comment we would enjoy hearing from you.